The deep Tertiary and Quaternary superficial deposits infilling the London Basin are well known to generations of engineering geologists. GeoSonic Drilling were commissioned to investigate these deposits where initial investigations revealed unexpected stratigraphy owing to a suspected subsurface scour feature. The task was to locate the base of the scour feature and prove the underlying superficials and Cretaceous chalks were consistent with known published geological records.

GeoSonic deployed their more powerful LS600 rig to cope with the anticipated depths of 100m or more. Once on site, the rig sunk an 80m borehole comfortably within 5 drilling shifts. This alone is unremarkable, but when combined with a full geological profile of the superficial deposits and the underlying chalk, it becomes a fairly unique accomplishment. Minimising the time spent at each borehole enabled the drill area to be returned as soon as possible to its use as car parking; a valuable commodity in central London! The speed of drilling, coupled with the ability of our experienced crews, who were able to impart their specialist knowledge of the London Basin geology meant progress through the notorious saturated ‘Thanet Sands’ was accomplished within one day, thus avoiding potential delays due to stuck drill tools and further downtime.

Sinking a borehole to 100m usually entails production of a sizeable volume of arisings at the ground surface. GeoSonic were able to complete all boreholes with minimal generation of solid or liquid waste thus reducing (or avoiding) disposal costs and maintaining the cleanliness of the drill site before handover back to the car park. Drilling polymers, if required at these depths, are selected to avoid any risk to the environment.

By inserting clear polycarbonate liners inside the core barrel prior to sampling, the continuous soil profiles were encapsulated within 1.5m lengths, prior to detailed centimetre scale logging by the on-site geologist. The textures and sedimentary fabrics preserved within these were nothing short of a revelation, with sedimentary layering and gradations evident allowing inferences to be drawn regarding the geological history of the feature.

The quality of the samples alone ensured the ground investigation was a success, with those who commissioned the works leaving with a much better insight into the geological setting of the area. This enabled construction work to resume without further investigation or further delay. The speed and cleanliness of the technique were additional advantages sonic drilling could provide within the overall package of works. 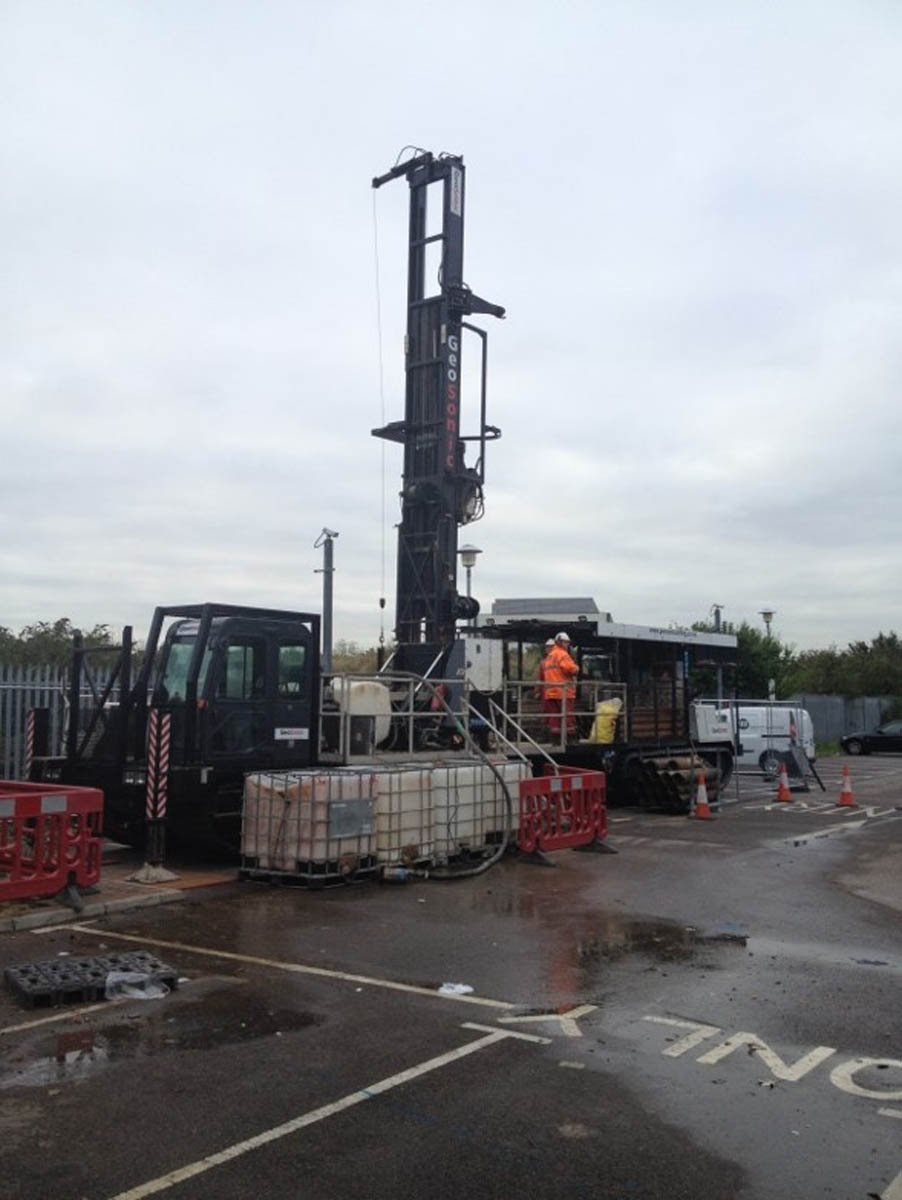 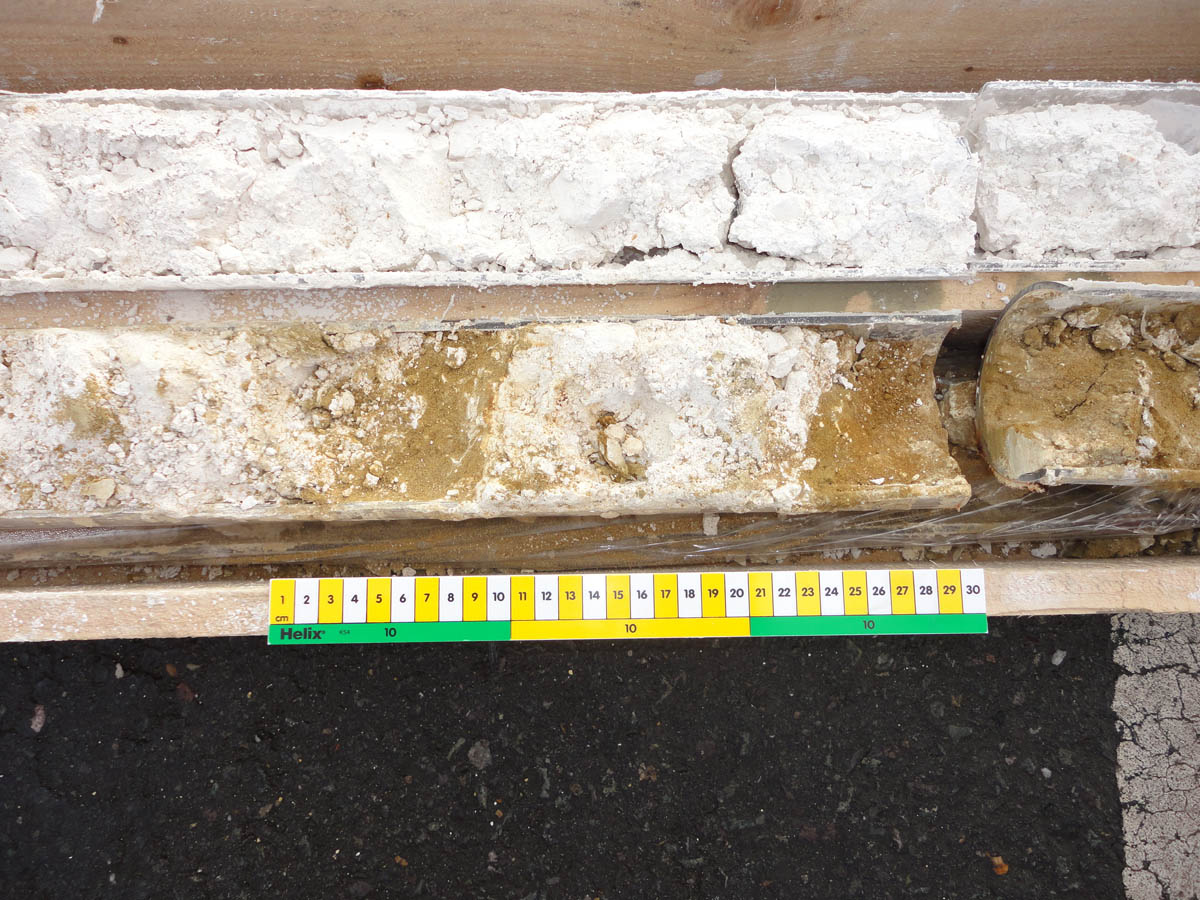 Now find out what we can do for you…